Poem: She, Too, Wore the Gray by Allen Baswell

A few years ago, I gave a presentation at the library in Louisville, Mississippi.  One of the attendees who braved the storms that day was a gentleman named Allen Baswell.  He is a writer and poet, and he recently composed a piece about a fictional woman soldier.   Thank you, Mr. Baswell, for using your gift to honor these extraordinary women.  I was delighted that he shared his work with me and that he gave me permission to share it with you.  I hope you enjoy it as much as I do!

She, too, wore the gray

Months have passed since Ellen saw her brother off to war

as she packed his knapsack and loaded his gun

In time, she would come up with a bold and risky plan

to join the Rebel army—but she would be a man

when she enlists, she says her name is Ellis

In camp, days later, her brother sees her, and is in dismay

yes, she said she did join, and she is ready to fight

and will fight to the very end, the wretched enemy

“You know how good I can shoot..I’m the best shot in the county!”

a summer morning calm and pristine

as the day moves on, it’ll be a changing scene

at Champion’s Hill, she caught a bullet in the left knee

her wound is serious—so she returns home to Tippah County

her youngest son rambles through the closet, sees her old uniform

The child asks, “Is this yours, Mommy? Did you fight in the war?”

The child’s father replies, “Yes, she did…with valor and glory

Your mother fought stout and brave, her courage never did cave

her love for her native Southland—she did not betray

with pride and honor…she, too, wore the gray.”

Posted by Shelby Harriel - Hidlebaugh at 3:41 PM No comments:

Email ThisBlogThis!Share to TwitterShare to FacebookShare to Pinterest
Labels: poetry

Several months ago, I gave a book talk on women soldiers at the Mississippi's Final Stands Interpretive Center.  A large crowd of 75 guests were present, among whom were several college students from Blue Mountain College along with their professor.  During my presentation, I shared this video about a woman soldier who fought at the Battle of Brice's Crossroads.

Posted by Shelby Harriel - Hidlebaugh at 9:47 AM No comments:

Paying the Price: The Consequences of Discovery

My friend and fellow author, Mark Flotow, periodically sends me accounts relative to my research.  He is the author of In Their Letters, In Their Words:  Illinois Soldiers Write Home.  Visit his website to learn more about him and his research:  http://www.markflotow.net/.  Most of the accounts Mark sends me  have a Springfield, Illinois connection since that is where he is from.  His latest submission involved a civilian named Ellen Nolan who was discovered wearing male attire in the city.  Mark commented, "Note the fine amount versus being drunk on 'bad whisky.'"

The $7 discrepancy is a whole different topic, but it gave me the idea to discuss the price women paid - both socially and financially - for daring to overstep the bounds of propriety.

In my previous posts, I discussed the backgrounds of Éowyn and her historical counterparts.  Research reveals a life of trauma and torment for many of these women that they escaped by joining the military.   Click [HERE] for the prior installment.  In this article, I am going to detail their experiences as soldiers.

Read more »
Posted by Shelby Harriel - Hidlebaugh at 7:57 AM No comments:

With so many men marching off to war, women found themselves in charge of their homes and hearths.  Among the unconventional roles they assumed in the absence of their male loved ones included managing farms and hunting for food.   In addition to these undertakings which provided for their families, they also formed home guard units in order to protect them.  I mentioned a couple of these in my book, Behind the Rifle.  One unit existed in Chickasaw County, Mississippi:

In this video, I share brief accounts of a few of the women soldiers who went to war with their husbands.

Posted by Shelby Harriel - Hidlebaugh at 11:04 AM No comments:

In my previous articles, I introduced Éowyn and examined possible bases for her character and background while illustrating how these concepts parallel those involving women soldiers of the Civil War.  In this piece, I will discuss how these women's dire need for escape from their tumultuous lives ultimately led them to serve clandestinely in military roles.

Read more »
Posted by Shelby Harriel - Hidlebaugh at 11:06 AM No comments:

The Battle of Ezra Church and Women Soldiers

Part of the Atlanta campaign, the Battle of Ezra Church was a nasty affair fought on this day in 1864.  And I was excited to learn recently that a previously undocumented woman soldier fought in it.

I shared new information regarding the remarkable account of "William Bradley" in my book.  In this article, I'd like to explain the sources I used and how I arrived at the conclusions I did.

To summarize, Pvt. Bradley enlisted in what would become Company G of Miles' Legion and served briefly in April 1862.  All of the infantry units that comprised this legion originated from south Louisiana except for Company G, which was raised in the Natchez, Mississippi area.

In this video shot last year, Mark and I talk about Camp Strong, a training camp in Muscatine, Iowa, and a woman soldier who mustered in there.

Posted by Shelby Harriel - Hidlebaugh at 9:49 PM No comments:

Content on this page is the exclusive intellectual property of Shelby Harriel, except that which is used by permission or in the public domain. Content may not be used nor replicated in part or in whole in any manner whatsoever without expressed, written permission.
Also, please be aware that since Google discontinued Google+, comments made to a post after I linked my blog to my Google+ account have been deleted by Google.

Click Below to Order a Copy of My Book. 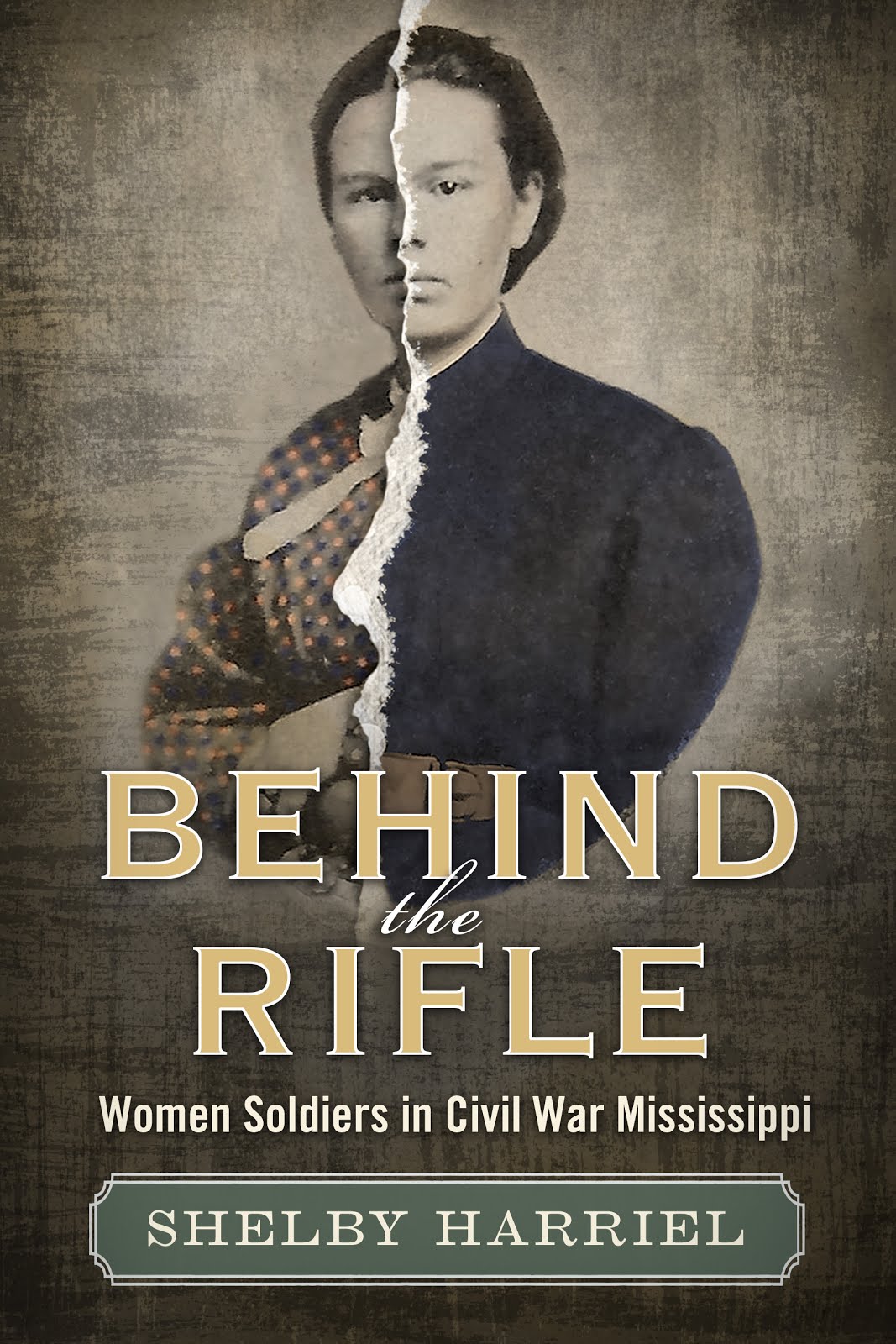 My Article in Mississippi History Now

Click here for my article based on my book. Included is a lesson plan teachers for grades 7-9 can use. 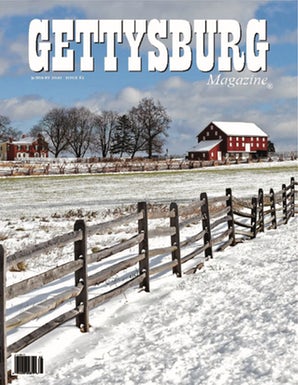 Click For My Article, "Hidden in Plain Sight," in Military Images, Spring 2019 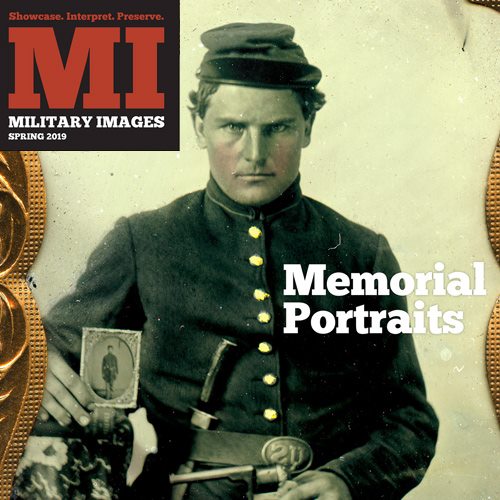 Click to read my article in Military Images about a possible identification of woman soldier, Jane Perkins, in an image of Confederate POW's

Promote Your Page Too

Shelby Harriel - Hidlebaugh
I became a student of the Civil War in the 4th grade when I was first introduced to the topic. In 2007, I discovered women soldiers and have been researching them ever since. My first book, Behind the Rifle: Women Soldiers in Civil War Mississippi, was released by the University Press of Mississippi in 2019. I also give presentations on women soldiers, which I have done at national parks, round tables, historical societies, and reenactments all over the country. I received both a B.A. in history with a minor in mathematics and an M.Ed with emphases in history and mathematics from the University of Southern Mississippi. I am a mathematics instructor at Pearl River Community College. I love my job! In 2014, I was presented the Outstanding Humanities Instructor award by PRCC. I realize this is strange considering I teach math, but I am extremely honored and humbled. This award was bestowed upon me based solely on my work that I have done and presentations I have given on women soldiers.